"You have to really be courageous about your instincts and your ideas."

Francis Ford Coppola is best known as the six-time Academy Award-winning director of such epic films as The Godfather trilogy and Apocalypse Now. As a writer, director, and producer, he has been a central figure in contributing to the shape of contemporary American cinema.

The 1970s was an extraordinary time in his career—writing, directing, and/or producing The Godfather (1972), American Graffiti (1973), The Godfather Part II (1974), The Conversation (1974), and Apocalypse Now (1979), a bevy of films earning him 12 Academy Award nominations, five Academy Awards, and two Palme d'Or awards from the Cannes Film Festival. It was during this same period that Francis embarked on an entirely different venture, to tell an entirely different story in the world of winemaking.

Winemaking has been a Coppola family tradition for several generations. Agostino Coppola, Francis Coppola's grandfather, used to make wine in the basement of his New York apartment building using concrete vats he constructed himself. Over 35 years ago, when Francis and Eleanor Coppola and their children were living in San Francisco, the family began looking for a small cottage in Napa Valley that they could use as a weekend retreat where they could make a little homemade wine. The family cottage they found turned out to be the great Niebaum Mansion in Rutherford, on the famed Inglenook Estate. Suddenly, the prospect of restoring that legendary property sounded far more exciting than making a little bit of wine in the basement.

Once they had successfully accomplished the estate's restoration—a 30-year endeavor—the Coppola family decided to build a new winery in Sonoma County so that they could create a home for their ever-popular Diamond Collection and Rosso & Bianco wines. Since these wines have always reflected the gracious style of everyday living, Francis Ford Coppola Winery is now the ideal place for friends and family to enjoy our award-winning wines, enjoy a bite to eat, and simply relax in a comfortable, casual setting.

Eleanor Coppola is an accomplished filmmaker and visual artist with a love of nature that she attributes to the environment in which she spent her childhood—Sunset Beach, a coastal community south of Los Angeles. "I love the experience of making something with my hands, and seeing a tangible object emerge," she explains.

Eleanor became a filmmaker by happenstance: while living in the Philippines during the making of her husband's film Apocalypse Now between 1976 and 1977, she began shooting behind-the-scenes footage that became the documentary Hearts of Darkness: A Filmmaker’s Apocalypse. The film was released in 1991 to critical acclaim, winning an Emmy among numerous other awards. She has also written two well-received books: Notes On the Making of Apocalypse Now (1979), and Notes on a Life (2008), which speaks to the sometime conflicting demands of love, family, and making art.

Family responsibilities made the practice of her art ever more challenging, and Eleanor credits other women artists for the support, inspiration, and practical guidance they gave her as she found her way between family and creative expression. Over time, she came to embrace an ethos of "the art of the everyday" that allowed her to "do what I could, when I could," as she fulfilled her roles as wife and mother.

Francis Ford Coppola Winery's Eleanor Red Wine was made in honor of Eleanor and her marriage of more than 50 years to her husband, Francis. The floral Art Deco design on the label honors Eleanor's love of unique textiles.

Roman Coppola grew up in the world of filmmaking and has developed his creative talents by working in multiple capacities—from sound recordist to cinematographer, from writer, director, and producer to inventor. He began his film career by overseeing in-camera visual effects and second-unit direction on his father's Bram Stoker’s Dracula (1992) for which he received a British Academy of Film and Television Arts (BAFTA) Award nomination for Best Special Effects. Roman's first feature film, CQ (2001), premiered at the Cannes Film Festival, and his most recent feature film as both writer and director was A Glimpse Inside the Mind of Charles Swan III (2012). He has continued to lend his vision as a second-unit director to numerous films including Sofia Coppola’s Lost in Translation (2003) and Marie Antoinette (2006), as well as Wes Anderson’s The Life Aquatic with Steve Zissou (2004), among many others. Collaborating with Anderson led to a creative partnership that continues to evolve: Roman produced and co-wrote Anderson's The Darjeeling Limited (2007), Moonrise Kingdom (2012), the stop-motion animated film, Isle of Dogs (2018), and co-writing The French Dispatch (2021). Roman was also Executive Producer of Sofia’s recent film, On The Rocks (2020) and co-directed Mariah Carey’s Magical Christmas (2020).

Roman was an executive producer of Mozart in the Jungle, a comedy-drama television series for the video-on-demand service, Amazon Video, that ran for four seasons between 2014 and 2018. The show was an instant hit with Amazon viewers, winning a Golden Globe Award for Best Television Series - Comedy or Musical in 2016.

The Directors Bureau (TDB), a Los Angeles-based, award-winning production company, was founded by Roman in 1994. TDB has supported the commercial work of many creative talents and Roman himself has directed highly acclaimed commercials–-for such clients as Coca-Cola, Honda, and Prada–-as well as influential music videos.

Sofia Coppola grew up in northern California in the heart of Napa Valley. After graduating from St. Helena High School, she studied Fine Art at the California Institute of the Arts.

Her most recent film is On the Rocks, which she wrote and directed, starring Rashida Jones, Bill Murray and Marlon Wayans. She is currently working on an adaptation of Edith Wharton’s classic novel The Custom of the Country as a limited series.

Coppola made history in 2017 as only the second woman to win the Best Director prize at the Cannes Film Festival, and the first woman to win since 1961 for her film, The Beguiled, starring Nicole Kidman, Kirsten Dunst, Elle Fanning and Colin Farrell.

Previous films include The Virgin Suicides (1999), her directorial debut; Lost in Translation (2003), for which she won the Academy Award for Best Original Screenplay in 2003; Marie Antoinette (2006); Somewhere (2010), winning the Golden Lion at the 2010 Venice Film Festival; and The Bling Ring (2013), inspired by Nancy Jo Sales' Vanity Fair article, "The Suspects Wore Louboutins."

In addition to her film career, Sofia directed a production of Verdi’s classic, “La Traviata” at the Rome Opera House, for which she teamed up with fashion designer Valentino Garavani.

Having spent most of her childhood in the Napa Valley, she continues to return with her family to spend time at the winery at Geyserville and the family’s home in Rutherford.

Gia Coppola made her feature film directorial debut with Palo Alto, which premiered at the Telluride, Venice, and Toronto Film Festivals before being released by Tribeca Film in 2014. Her second film, Mainstream, which she co-wrote with Tom Stuart for producers Automatik and American Zoetrope, had its world premiere at the 2020 Venice Film Festival. The film stars Andrew Garfield, Maya Hawke, Nat Wolff, and Jason Schwartzman, and is about a young woman (Maya Hawke) who thinks she’s found a path to internet stardom when she starts making YouTube videos with a charismatic stranger (Andrew Garfield) – until the dark side of viral celebrity threatens to ruin them both. Gia is also attached to direct the feature film, The Secret Life Of The Lonely Doll.

Born and raised in Southern California, Coppola attended Bard College and got her start as a filmmaker by making a short film for her friend’s fashion label. She has made short films for Opening Ceremony, Zac Posen, and Gucci. In addition to her film work, she is an accomplished fine art and editorial photographer.

Inspired to design a brand that reflected her creative personality, Gia collaborated with her grandfather, Francis Ford Coppola, to present a new style of wine—one that’s light, unpretentious, and made for a new generation to enjoy. With each label design showcasing a unique film image of Gia's, her wines are a millennial dream. 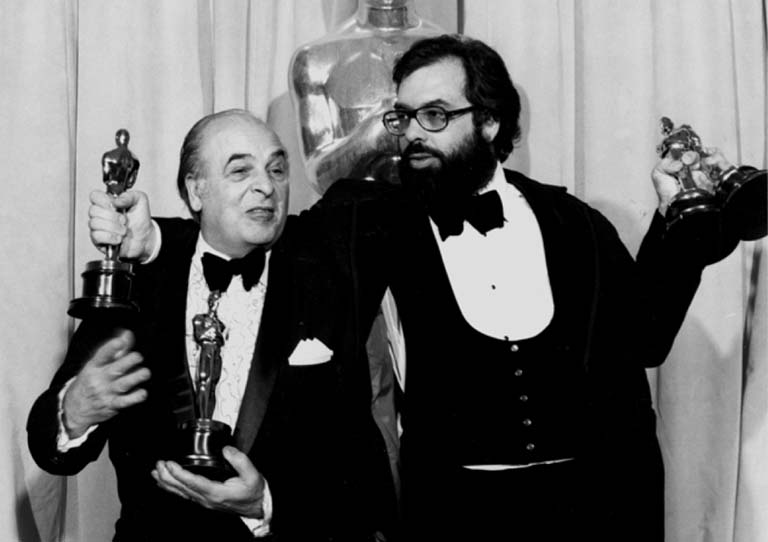 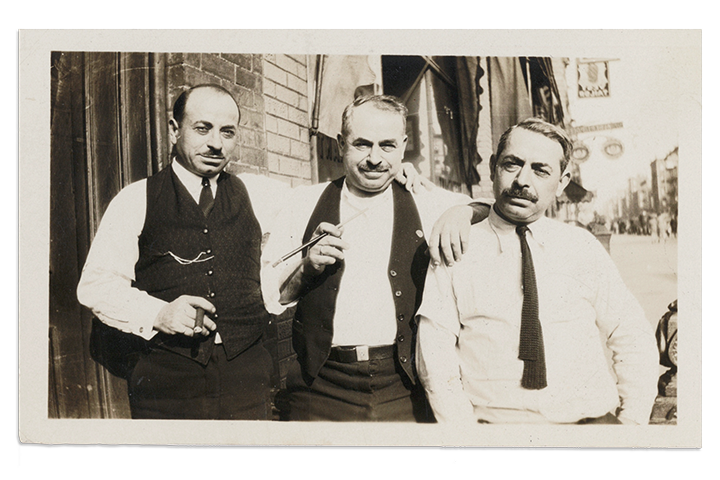 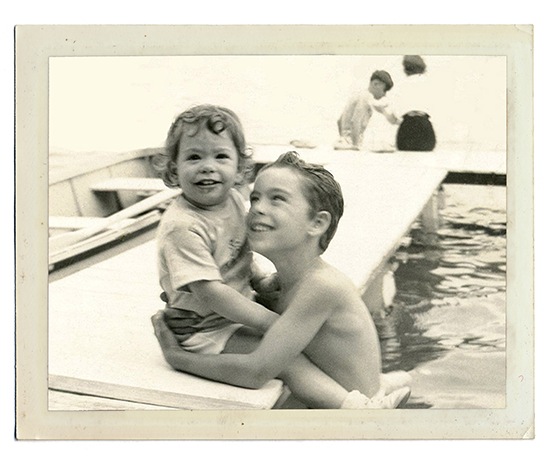 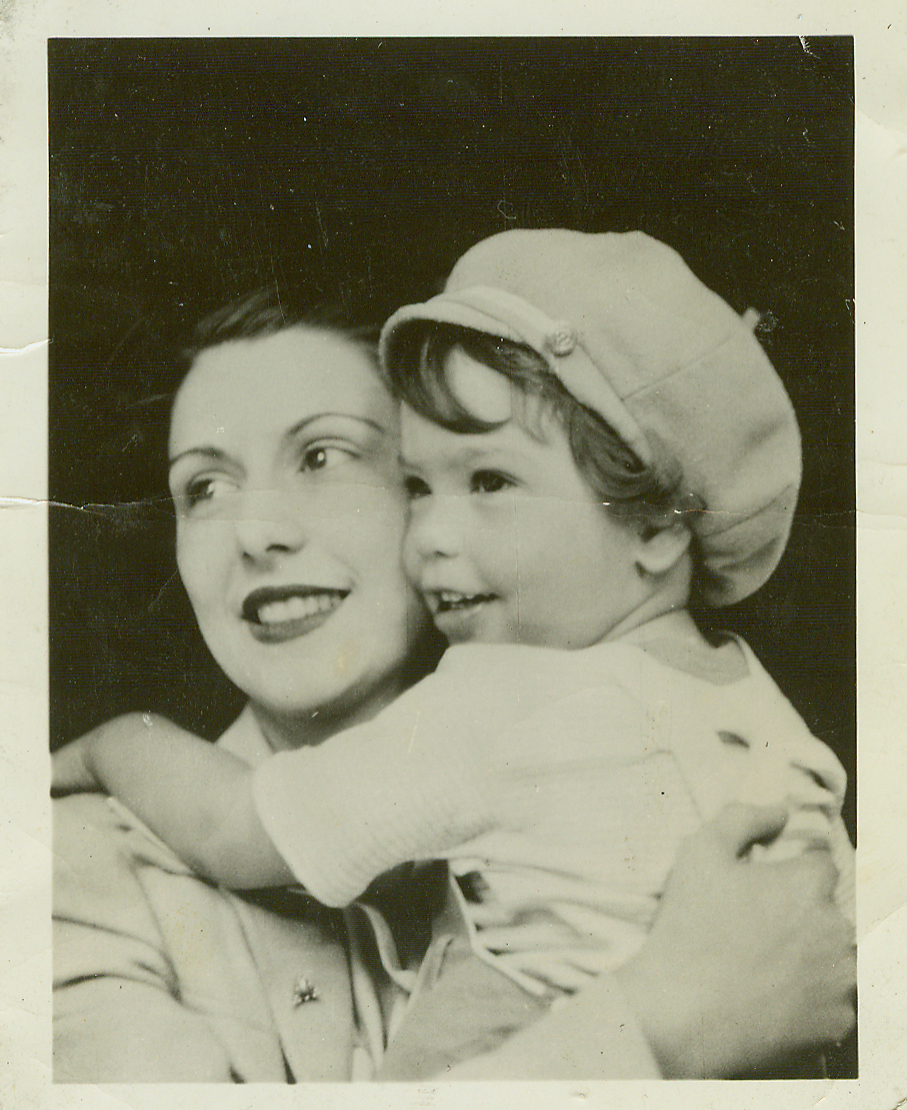 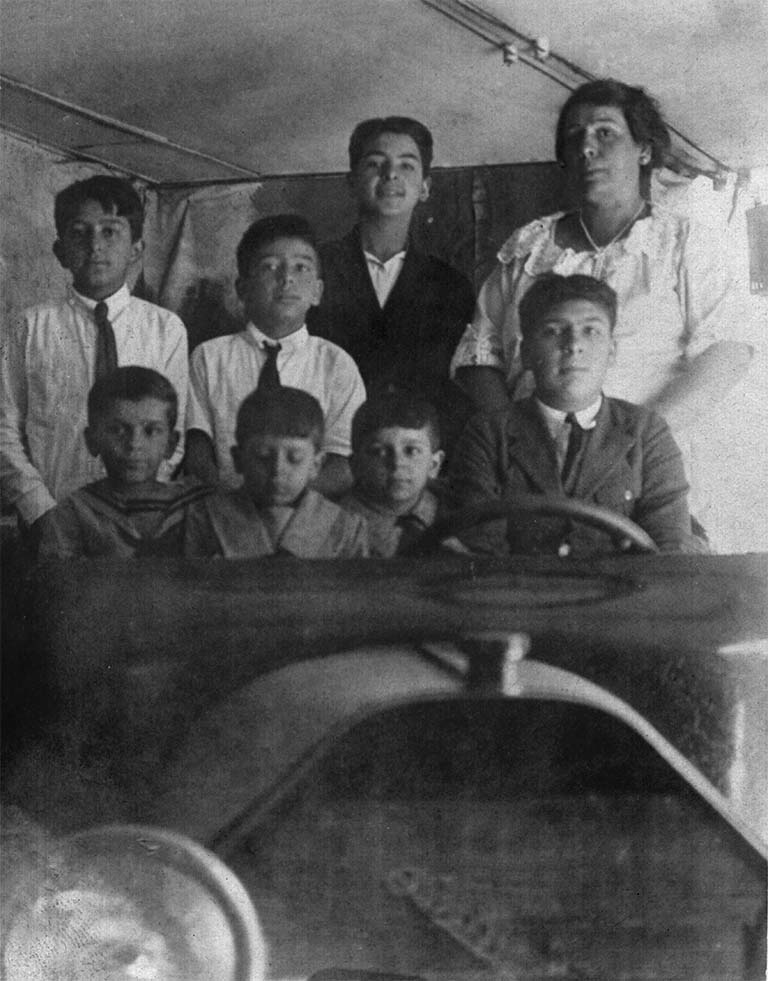 The trilogy was nominated for 29 Academy Awards, winning 9 times.

Tucker: The Man and His Dream

Nominated for 3 Academy Awards, winner of a BAFTA and Golden Globe Award.

A dramatic hideaway in a rainforest wonderland.

As a gift to his daughter, Francis introduces Sofia Blanc de Blancs.

Luxury and unspoiled beauty on a pristine white sand beach.

An intimate and romantic retreat beside a magical lake.

A collection of spirits as unique and remarkable as the women they honor.

Francis Ford Coppola Winery Too! opens. Offering a diverse portfolio of wines from California and Oregon.

The Coppola Commitment to Sustainability

Francis and Eleanor Coppola have long supported sustainability throughout their lives and many business endeavors in an effort to preserve the land for generations to come.

From vineyard practices to winemaking to restaurant operations, The Family Coppola places a heavy emphasis on sustainability.

The Grower Relations team at Francis Ford Coppola Winery has developed and nurtured long-standing relationships with a network of more than 150 neighboring grape growers.

Francis and Eleanor are passionate about supporting youth and the arts and regularly partner with organizations to help raise awareness and funds.

Partner With Us
Charity