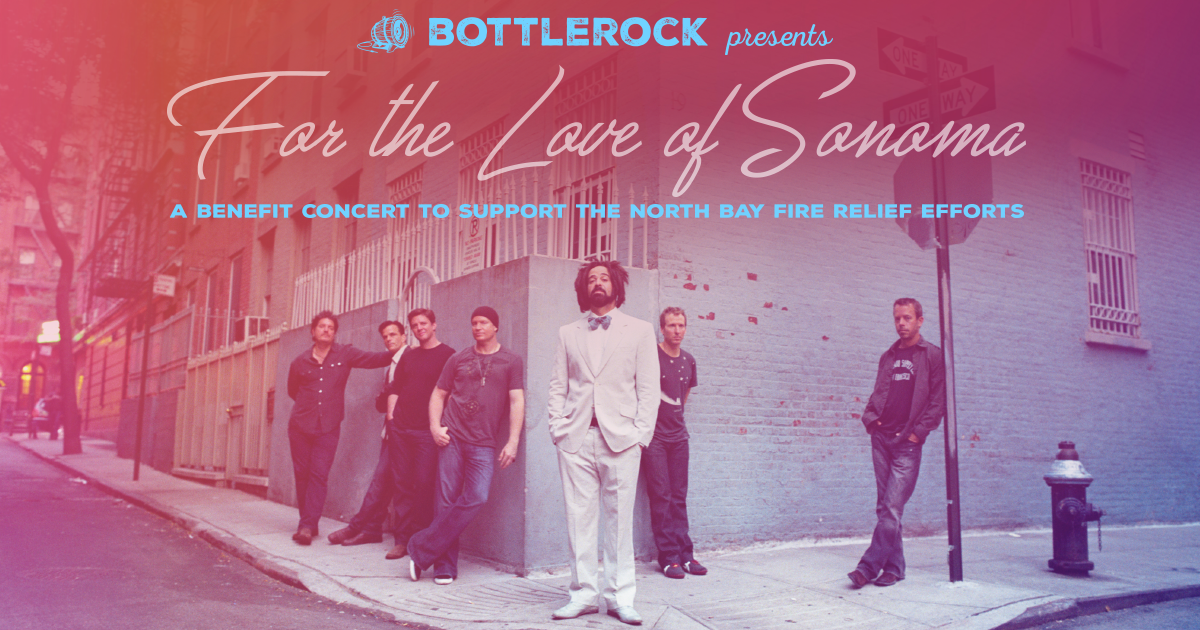 The Family Coppola in partnership with BottleRock Presents and Sonoma State University’s Green Music Center, announced today that they will be hosting a North Bay fire relief benefit concert featuring Bay Area legends Counting Crows with special guest Brett Dennen on Saturday, November 18, 2017. The special concert will take place in Weill Hall at the Green Music Center in Rohnert Park, California. All proceeds from the concert, “For the Love of Sonoma,” will benefit the North Bay Fire Relief Fund and Noma Gives – two fundraising efforts helping those affected by the devastating 2017 North Bay fires.

“The spirit of community in wine country is strong, and we are resilient, and it’s times like these when we band together and help rebuild,” said Corey Beck, Francis Ford Coppola Winery’s President and Director of Winemaking.

Earlier this month, the deadliest series of wildfires in California history scorched more than 170,000 acres in Northern California, destroying thousands of homes and affecting countless communities.

“Nearly all of us who work with BottleRock Napa Valley and BottleRock Presents events live in the North Bay and have been affected by these devastating fires in one way or another,” stated Dave Graham, CEO of BottleRock Napa Valley and BottleRock Presents. “We felt it was important to also bring music directly to the North Bay to raise both money and the spirits of our friends and neighbors in wine country. We are extremely grateful to all of the musicians, crews, volunteers, our BottleRock staff and all our partners and sponsors who have stepped up to make these benefit concerts possible.”

The Family Coppola’s media sponsors that are producing content surrounding the event include streaming audio service TuneIn and iHeartMedia which will run PSAs and ticket giveaways on iHeartRadio’s Bay Area station Star 101.3 FM and more.