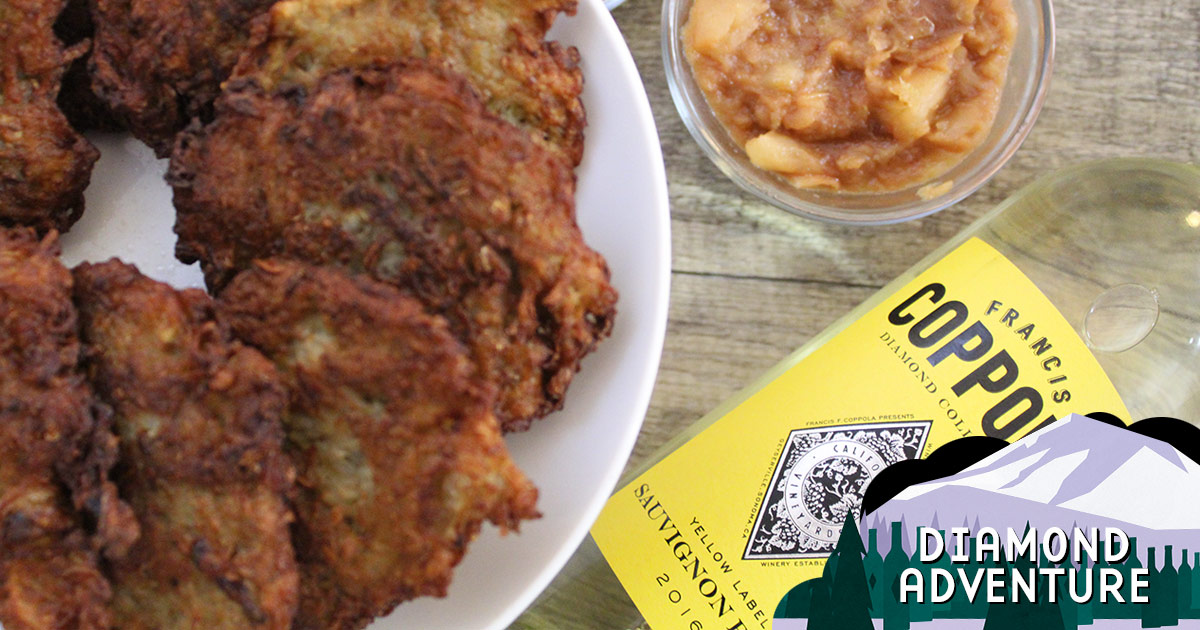 One of my most favorite holiday foods are latkes. Latkes are potato pancakes that we eat over Hanukkah and go with just about anything else on the dinner table. Growing up, my mom always made these with homemade apple sauce and served with sour cream. You don’t have to make your own apple sauce, but it sure does make the meal special. This year, I might serve these alongside the Za’atar Roasted Chicken instead of the potato hash as an easy weeknight holiday meal. Our Diamond Collection Sauvignon Blanc is a great pairing with this – it adds a lovely brightness to the richness of the fried pancake.