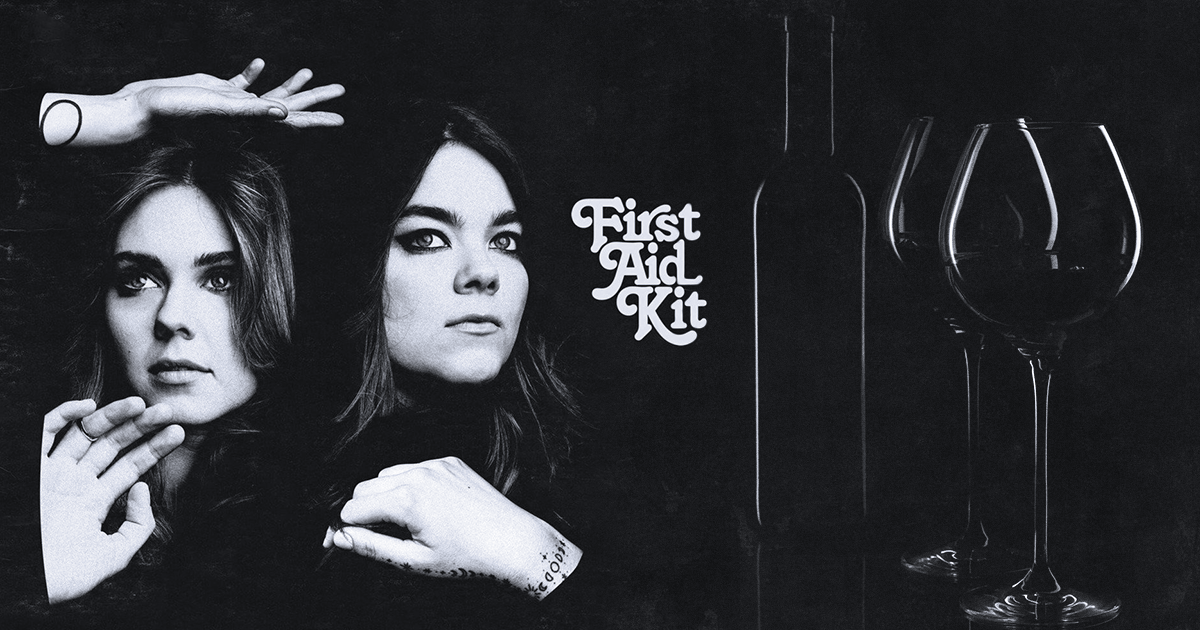 As an addition to our weekly recipes, we’ll be sharing new music releases that we hope you’ll enjoy. First up is “Ruins,” by First Aid Kit. This is a great album to enjoy with your favorite book, a glass of wine and a future that continues to surprise you as it unfolds.

I am a long-time fan of the band, First Aid Kit, who initially came into my periphery through their Tiny Desk Concert back in 2012.

The band is comprised of two sisters from Sweden, Johanna and Erika, who both have a vocal quality I can only describe as lusciously gritty. It is hard to not want to get lost in the clouds while listening to their gracious harmonies sway over manic pixie twinged percussion heavy folk. In this day of constant connectivity, it’s nice to stumble upon something that helps you get lost in good old fashioned daydreams every now and then.

Their initial and earlier releases have been youthful and ethereal. Their sharing secrets between sisters, anxieties on the ocean of life that lay ahead and of course, how loves, both little and big, seep into their personal milieu. Their hefty lyrics riddled with all of life’s unanswered questions, and their strong, willful voices combined with their exquisitely celestial orchestration have always left me feeling saddled with adrenaline and more questions on the state of the state, but somehow lighter and less worried than before I listened.

Their latest album, “Ruins,” born, I believe, out of a significant breakup, creates a sound a bit more sophisticated, more finessed than previous recordings. More than ever before, it provides that deliberate and beautiful melancholy on the growing pains of being a woman, on what it means to have to stop musing on growing up and just grow up and how life giveth and life taketh away.

The effervescent opening lyrics to the very first track of the album, “Rebel Heart,” goes, “You told me once I have a rebel heart | I don’t know if that’s true | But I believe you saw something in me that lives inside you, too.” This thought sets the stage for the rest of this breakup album, putting down a foundation of what the first moments of a relationship look like; intoxicating, rebellious and hopeful that this is it, that you’ve found the thing that every love song since the beginning of time tells you is yours for the taking. The hopefulness ends there with three minutes following, questioning the roads taken and not taken and ultimately ends stating, “All is futile | Nothing matters,” a sentiment we’ve all felt at some point in our lives.

My personal favorite track on the album is called “Hem of Her Dress” and depicts a relationship that cracks on one side and how the crack reverbs through the rest of the involved parties. Its sound can only be described as Jenny Lewis meets Mark Mothersbaugh meets The Dropkick Murphys, which to me is a team to beat. It’s an anthem that everyone at some point in their lives has been able to sing along to.

Much of the new album maintains similar themes, similar emotions, similar motivations. This album is relevant and timely and one to be treasured for a long time to come.

Our new Pavilion Chardonnay feels a little like this album - balanced, enjoyable and pairs perfectly with your favorite snack and all of your lofty daydreams.